September: Tomorrow is Not Guaranteed

Once you get to 'a certain age', you start to look back on your time on this earth and think about 'life's great lessons'. A major one, I find, is that you can never rest on your laurels. Just when you think that things are ticking along nicely, along comes something or someone to drop you right in the thick of it. Things have been ticking along quite nicely, thank you: it has been a summer made glorious by an occasional sun that hasn't been too hot, and watered frequently by rain reminiscent of all those wet summers back home. Apart from an irritating ticklish cough, which I put down to an airborne allergy rather than emphysema on better days, I haven't been too troubled by thoughts of premature death. But then suddenly... I found myself the potential hero, or rather protagonist, of a Kafkaesque novel. 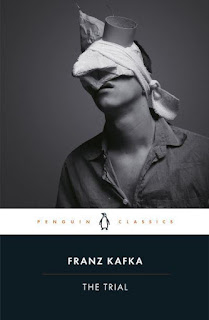 I was just about to shut down the computer to watch the cricket highlights and took a last look at the e-mails in one of the three accounts that overwhelm me. Just in case there was anything urgent to attend to before the evening's relaxation. I noticed something that I would normally ignore as a scam. It appeared to come from someone who worked in the office for the protection of minors. The return address looked plausible, there were no dodgy links to click on and there was a pdf attachment that I could scan before opening. The body of the message, in French of course and therefore slightly impenetrable, seemed to suggest that I had been found guilty of some kind of child pornography. What the...?!? My weary heart skipped several beats.

So I took a look at the pdf, as I still had a couple of minutes before the cricket. It was in French and couched in official language and therefore yet more impenetrable, but it appeared to come from the head of an office linked to Interpol. It had what looked like a genuine watermark, and it outlined my transgression: either I had downloaded images of child pornography or I'd been engaged in online conversations with impressionable minors or some such heinous act. Now of course I knew that there had to be some mistake, that someone somehow must have stolen my e-mail address and used it in the course of these vile goings-on, but I'd read too many novels and seen too many films of the type where the protagonist suddenly finds himself accused of something he hasn't done and must somehow prove his innocence to overturn a guilty verdict. It's never easy.

Feeling too discombobulated to fully enjoy the rare pleasure of watching cricket on the telly, I decided to record them for my later delectation when my head was a little clearer, and I joined the girls for a crepuscular walk with our dog. Just to the communal bins and back. It was a glorious evening, calm and free, a holy time quiet as a nun (to paraphrase old Bill Wordsworth's words) and the bats were flitting about just above our heads. My head was full of the accusation. How was I going to approach this? Apparently I had 48 hours in which to state my case. My daughter wondered why I was quieter than usual. I smiled at her bravely and started composing an e-mail response. I was an Anglo-Français old enough to know better, I lived a good and reasonably useful life with the woman to whom I'd been married for over 30 years, I was the father of one female adult child and the whole idea of child pornography was abhorrent to my nature. So shurely shome mishtake. 'May I assure you, sir or madam, of the sincerity of my distinguished greetings'... blah blah blah. Well, it might not constitute the kind of jury-swaying address delivered by someone of the gravitas of, say, Jason Robards jr. or Charles Laughton, but it would do for a start.

Notwithstanding this sudden tectonic ontological shift, I slept well that night because I nearly always sleep well, and I was convinced of my innocence. I had no reason to feel guilty. Did I? No, surely not. I hadn't yet mislaid my marbles. Nevertheless, I awoke next morning with trouble on my mind. I went to the market in Martel, wondering what would happen to me if I didn't reply within 48 hours. After all, I really should do a little research into these supposed prosecutors before I risked any personal domestic information falling into the wrong hands.

So, once I got back with our vegetables and cheese from the cheese man and assorted groceries for the week ahead from Intermarché, I turned on the computer and did some rudimentary research on the government site indicated in the correspondence. Each time I typed in the name of the various officers involved, all kinds of stuff came up, but mainly apparently triggered by the individual's first name. That I didn't find anything about any one of them didn't necessarily reassure me, as their names would surely not be in the public domain given the sensitivity of the subject matter and the potential danger of reprisals.

Further research revealed a telephone number available to the public – but would there be anyone there on a Saturday? If I waited till Monday, my 48 hours would be up and then what...? Would they send a car for me? Would they come in plain clothes or some kind of uniform? What would I say to my wife and child as I was led away in handcuffs? How would I reassure our barking dog that it was all right, that daddy would be back soon? And I would, wouldn't I? As soon as they interrogated me in whichever office they were taking me to, and as soon as they realised that I was essentially a good, responsible citizen even if I was against enforced vaccination and I'd built a structure to capture rainwater without declaring it to the authorities. Yes, they'd soon know that it was all just shome sherious mishtake.

Then, I stumbled upon some French newspaper article thrown up by a 'search with substance' on the Lilo search engine. It appears that the switchboard of this mysterious government office has been jammed by the wrongly accused. I read that if I'd replied to the e-mail I received, I would have received a follow-up plea-bargain proposal: if I paid something like €18,000 euros, then charges would be dropped and they'd forget all about it. Now, you'd really have to have something bad on your conscience to agree to that kind of deal. 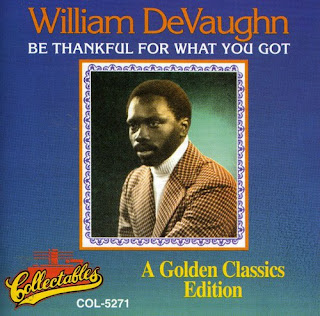 With my private drama now concluded, I told the Good Wife what had been troubling me for the last 36 hours or so. 'Oh that!' she said. 'I got one of those. I deleted it straight away.' You live and you learn. I should add it to my list of life's enduring lessons. Delete all dodgy e-mails as scams. So... I could  get back to deleting the hundreds and thousands clogging up my in-boxes. I can laugh about such idiocy now, but of course here in the privileged West, such potential miscarriages of justice happen only rarely. Which is why I'm a fully paid-up member of Amnesty International. People are languishing in jails the world over, guilty until proven innocent, but with no opportunity even to prove their innocence. Perhaps that's my number one lesson of life, my Top of the Pops: tomorrow is not guaranteed, so' just be thankful for what you got.' Others aren't quite so lucky.
Posted by Mark Sampson: Man of Straw at 2:10 AM

Mark Sampson: Man of Straw
Born in London, raised in Belfast, further-educated at Exeter and Sussex universities, I'm a professional dilettante, a family man and tireless dog-walker. As a music journalist and intermittent DJ, I'm waiting for the local radio station to be declared a virus-free zone before renewing my glittering career as Prezident Markon.