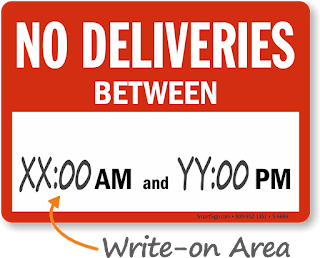 We order our whole-foods now from a company in England. It's still marginally cheaper than buying them from a magasin bio in France and it's much less sanctimonious. The only problem is getting the order before any perishables perish. And that means the stress and heartache of dealing with the delivery men. They're almost always men.

This latest order took almost a fortnight. During that fortnight, we were promised a delivery on several occasions. I say 'promised', but that's not any kind of promise in human form. You're informed by some automated e-mail. Waiting for the delivery to turn up – or rather, not turn up – means that you're confined to barracks for the whole day. Even walking the dog becomes a hurried short walk to the bins and back so that there's no possible chance of missing a white delivery van on the road.

This particular protracted delivery involved three no-shows. Not even a note left in the letter box at the top of the lane to the effect that the delivery man was unable to deliver the goods. Which has happened in the past, even though the house is maybe 40 metres down the lane. Since the Good Wife made the actual order, she felt morally obliged to track it. This means going onto the courier's website to be blinded by spurious technical details that ultimately signify nothing. 07h45, Package arrived at depot. 08h30, Package loaded onto delivery van. 09h00, Delivery van left depot. 10h, Delivery man stopped at motorway service station for coffee and bowel movement... Und so weiter – until you arrive at some 'misspoken' conclusion like, 17h, Delivery man unable to deliver package. Reason: Client not at home.

As for getting a contact number, it's hard enough just to ascertain the name of the company. Nevertheless, the girl's good at online detective work. She found a number, any number. When she dialled it, I could hear the man on the other end of the line launch into some diatribe before she'd even opened her mouth. She held the phone away from her ear and gave me a significant look. A look replete with the accumulated years of dealing on telephones with personnel in France. Over that time, however, she has learnt – perhaps through her work, as well – to show the patience and stoicism of Job in the face of the most appalling rudeness. 'Monsieur,' she said, 'please do not shout at me before I have even had a chance to tell you why I'm phoning. Obviously you must be very stressed, but would you please calm down.'

With my own still limited vocabulary, in such a situation I am given to a fit of apoplexy, which simply renders me mute. I tend to put the phone down and either strike my head against a wall or cry. Hearing her calmly give the wretched specimen of humanity her mobile number and directions to get here, I was full of admiration and wonder. I wondered how come we chose to live among some of the rudest, most xenophobic and impenetrable people on the planet for all these years. And why, for that matter, did we decide to work here, where the self-employed are disenchanted and disregarded and taxed in real terms at a level higher even than in Denmark (or so I am reliably informed)? It wasn't, I believe, to subsidise the national health of a race of pill-popping hypochondriacs.

Encounters with the worst of French customer service over the years have tended to provoke such soul searching. After a few deep breaths have extinguished the ire, we normally take a step or two back before doing something drastic like putting the house on the market. Wherever you live, you've just got to take the rough with the smooth. You pays your money and you takes your choice.

For all its shortcomings, Britain undeniably offers a much higher level of customer service. So our next port of call was the whole-foods company. Did they know that their chosen courier was quite so awful? They did. Without shaming names, they're a partner of Britain's very own Parcel Force. Of all their European partners, apparently, it's only the French partner with whom they've had any such problems. All the others, presumably, are as good as gold – or as good as Parcel Force. So that was reassuring. As a measure of genuine customer service, our interlocutrice awarded us 10 extra points to be redeemed against our next order. Ah, life could be so simple... 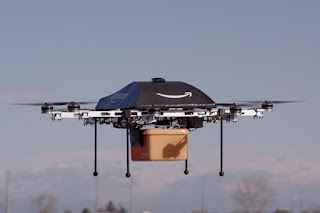 One of the unfortunate lessons we've learned in almost a quarter of a century here is that you have to get angry to get anywhere with 'these people'. No doubt that conard my wife encountered fired off his broadsides because he understands how the system works. Get the first punch in before the bastard customer hits you with the old one-two. Well, I'm happy to report that the Good Wife confounded custom and practice. She stayed calm but firm. She got a commitment to deliver the goods that Friday – when for once she was at home and I was in Brive. Half way through Friday morning, I received a text to say that we had our order. The right box at the right house. Before any perishables perished.

The received wisdom here is that courriers are worse than useless and a source of endless frustration. Everyone moans about them. La Poste's own Chronopost is one of the worst. I have to say, however, that I've struck up a good relationship with the young guy who delivers Daphne's dog food. He rings me when he's 10 minutes away. I go and stand by the roadside. We shake hands and exchange pleasantries. I wish him luck as I wave him goodbye. I'm a happy man and Daphne's a happy dog. A very spoilt dog. It doesn't have to be beastly.

I can't for the life of me tell you what the name of this particular company is, but I have a sneaky suspicion that they might be a partner of some American giant. God damn! If there's anything I hate more than couriers it's giant American corporations.
Posted by Mark Sampson: Man of Straw at 6:05 AM No comments: