The Case Of The Self-Raising Tone-Arm


I’ve taught my daughter to revere the record. Although she tends to stream Spotify on her hand-me-down laptop, she has informed her parents of a dream one day to own an apartment in Paris, in which she would have a hi-fi system built around a record player. She has already been up to Brick Lane in London with a friend, who likes to go hunting for old vinyl at weekends. And she has studied carefully as I’ve talked her through the ritual of cleaning and playing a record on the deck.

I like rituals. We don’t observe the Japanese tea ritual in this house, but we do tend to turn Sunday morning breakfast into something ceremonial. The ritual of the record, though, is something that you can enjoy every day. That careful removal of the disc from its inner sleeve at times accompanied by a little snap of static; the initial brief inspection for hazards lodged in the microgrooves; the laying of the disc onto the platter; the lifting of the arm from its resting place and its careful sighting over the lead-in groove at the edge of the record to start up the turntable; the light-fingered dusting of the surface of the disc with a carbon-fibre and velvet ‘disc cleaning pad’; and finally that deft flick of the lever to drop the tone-arm – ever so gently – onto the record. 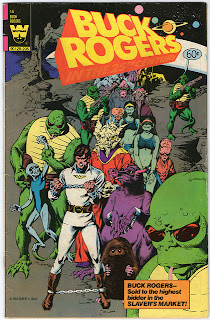 Over time, I have modified the ritual when necessary. There was a period of my life during which I also had to point at the vinyl a Zerostat pistol – a bright red affair that looked like something that Captain Scarlet or Buck Rogers in the 25th century might have wielded – and gently squeeze the trigger to counteract the static charge from the record. Even worse and even more time-consuming was a cleaning device that involved rolling over the surface of the disc a contraption that looked like a miniaturised garden roller, equipped with sticky paper to trap all the particles of dust. Fortunately, the carbon-fibre cleaner rendered both devices obsolete.


When you add up all the time involved in this ceremonial faffing around, it would amount to a significant proportion of your life. What’s more, the music only lasts on average 20 minutes, before you have to get up out of your chair and go through the whole operation again. All this means that it’s not ideal if you have to get on with something adult that demands your attention. Much easier to slip in a cassette lasting 45 minutes, or – even better – one of those shiny laser discs that provides up to 80 minutes of uninterrupted music. The Daughter would advocate streaming MP3 files, but I still can’t countenance something that you can’t actually touch.


Call me a Luddite if you will, but I still derive as much satisfaction from re-discovering – on record or cassette – something forgotten from the past as I do from finding something new. Besides, the record player comes into its own during another outmoded operation, one that might even die out with my generation. It’s December, so it’s… Christmas cards! Since this involves great bursts of concentrated energy, it’s an ideal opportunity for playing records. There are only so many cards in which you can scribble Christmas messages without getting up to rest your brain and exercise your feet – and 20 minutes or so is an optimum period.


This year, though, things went wrong. My trusty Dual deck developed ‘wow’. Or I persuaded myself that it had. I experienced again the angst of my teenage audio years. Was the music sounding as it should do? Was there or wasn’t there a problem? If so, what was it and why?


I decided – as I often tended to in the past – that there was a problem. If I were to enjoy spinning old vinyl treasures while writing our Christmas cards this year, it meant acting fast. Since I had to go to Brico Depot to check out some D.I.Y. materials, I popped into my shop of choice. Cash Converters is like a flea market or American thrift shop under one small roof. People who want to move with the times (or should I say people who are so hard up that they need to raise a little urgently needed cash?) bring their outmoded music and equipment there. The shop pays them a pittance and offers the stuff for sale to foragers like me at slightly more than a pittance. I have to resist a strong temptation to create a museum of hi-fi separates. Two CD decks will have to suffice, even if there are Sonys on sale for a tenner.


Anyway, this particular visit yielded a Dual record deck. Not only a Dual, but one with the same interchangeable head as my current ailing platter. A quartz model, what’s more. I’m not sure what ‘quartz’ means in practice, but they used to cost quite a lot of money. More than I was prepared to pay. I didn’t quibble with the 25 bucks asking price, even if there wasn’t a box or a manual.


When I got it home, I did what I usually do with electrical goods. That is, I left it fallow for a few days to stare at occasionally, without quite daring to tinker with it – for fear that it won’t work as God intended and that I will have to take it back or something equally unpleasant. This time, because of the urgency of the Christmas cards, I gave it only five days to mature before summoning up the courage to disconnect the old deck and wire up its replacement. This was not easy, since all the machines that produce music here are housed in an old item of furniture bought from an auction in Sheffield. It’s gloomy inside. There are too many crucial looking wires into the back of the amplifier to pull out for easy access. So it involved connecting everything up with the aid of a torch and a pocket mirror.


Happily, it went as well as could be expected. I was able to swap the interchangeable heads, re-balance the tone-arm, set the tracking weight and anti-skating control et voilà… Off I went, happy as a little sandboy to see how gently the cuing device dropped the stylus onto the record. Analogue sound wonderfully restored, I could concentrate on the Xmas cards, flushed with the knowledge that the ‘X’ derives from an old Christian symbol of the Dark Ages.


The only trouble is, the platter seems to have a life of its own. From time to time, the arm – as if moved by an unseen spirit – lifts itself off the record. This has added an element of stress to playing records – just as I’ve finally learned to be more philosophical about crackles and pops and even skips and sticks. It doesn’t do it very often, but often enough to make me uneasy. I give it the hard stare now when I drop the arm down and hope that I can subject the self-raising tone-arm to my will.


It came with a month’s guarantee and I could take it back, but I’m inclined to hang on. It’s quartz, after all. So far it has resisted my iron will, but I haven’t altogether given up hope. If it does renounce its propensity for levitation, then what I really want for Christmas this year is someone to come round and play records with me.
Posted by Mark Sampson: Man of Straw at 9:54 AM