When the cats are away... The girls are off in their tiny Peugeot on the long haul north. It's what The Daughter, who watches far too many American TV programmes, romanticises as a road trip. In my book, it's just hundreds of tedious motorway miles. She's busy taking her code in preparation for her first driving lessons, so she'll learn about the reality of driving soon enough.


They spent Thursday night in Dieppe before crossing to Newhaven early the next morning and encountering that grim British phenomenon of Friday traffic on the busy road west to Southampton. Thence they drive countless more miles to Appleby-in-Westmoreland to help my mother-in-law pack her current house into a small but not quite perfectly formed – because there are issues with the bathroom – converted chapel. It's just a few miles along the Fell side and everyone hopes that she will happily see out the rest of her days there.


It's a beautiful part of the world and we've talked of moving there ourselves one day. But it rains too much. Talking of rain, I ran into a humdinger of a storm on Thursday afternoon. I'd been to see a friend's tenant and to arrange for the hiding of the keys when he finishes moving his stuff to Collonges la Rouge, where he'll be working the summer season as a (very busy) waiter in one of several restaurants there that feed off the tourists.


The storm was threatening and by the time I'd made a quick trolley dash around Lidl on the return leg home, the rain was falling in torrents. Sensible shoppers waited for some respite under the trolley shelter, but I'd left Daphne alone in the car and felt she'd be frightened by the noise of the thunder and so much water pounding on a metal roof. So I legged it – and I copped it.


Ah well, at least it would be sure to fill up the rain butts. And yet, 15 minutes down river and up the hill to home and I discovered that barely a drop had fallen here. I was chatting with Monsieur Simon at Martel market on Saturday morning about the topography of storms. He's an ever smiling octogenarian with hands gnarled from years of cultivating the land, who turns up without fail to sell his vegetables in one of those old Renault vans that looks like an unlabelled tin on wheels. He weighs them on old-fashioned scales and always chucks in a couple more to make bon poids or 'good weight'. He calls me jeune homme, which endears him to me considerably. In comparison to his great age, though, I guess I am a comparatively young man.


So we were talking about the storm and he described how they tend to follow the main river valleys and their tributaries. Then the outlying districts will often receive what's left of the precipitation on the storm's return leg. Or not, in the case of our commune on Thursday. It's something that I've often observed over the years without ever quite picturing what was going on, geographically speaking. I got my Geography O-level at school without ever delving deeper.


Anyway, a little rain fell eventually. It was not enough to fill up the rain butts, but it served to make the soil a little more workable. So I followed up my trip to the market on Saturday market with a trip to the tip. Locals can help themselves to the compost that's delivered periodically from the recycling centre in the department, so I filled up the builder's bag I'd laid out in the boot of the car. The young lad who works there is a former classmate of our Tilley who, academically speaking, was just a notch or two above the 'village idiot' category. He helped me out with a shovel that was twice the size of my own and seems to have turned into a very brawny, very obliging young fellow. One might say that he has found his niche in life. 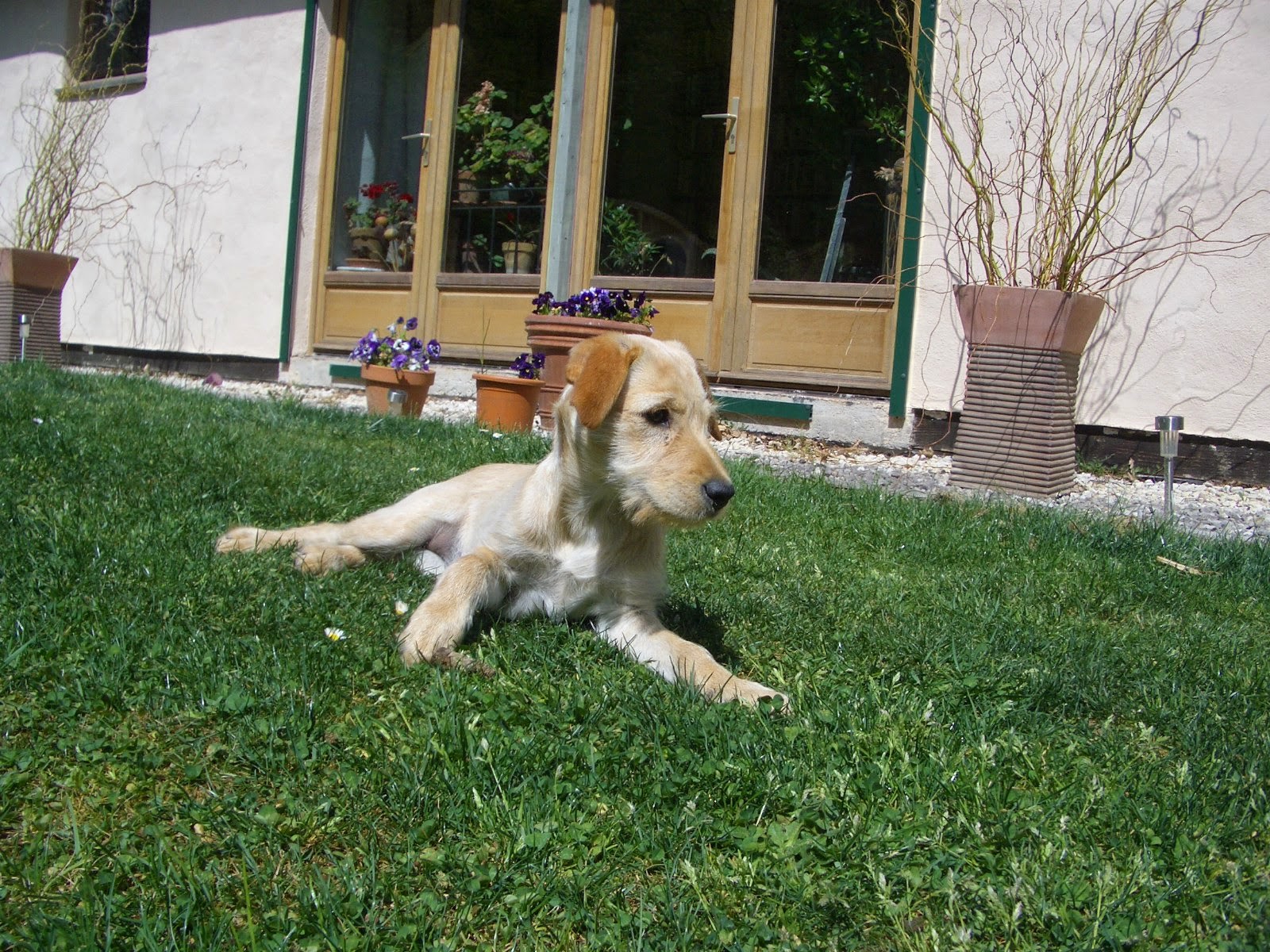 For the rest of the day, I toiled under the sun, digging the compost into the unforgiving soil of our vegetable patch. I was helped all afternoon by my young female canine assistant, who rooted for rodents or whatever lurk in the subterranean passageways while I forked around her. At one point I beaned her on the sconce with a rake, but mercifully avoided pronging her with a tine. To adapt an infamously unsuccessful cigarette ad, you're never alone with a pup. 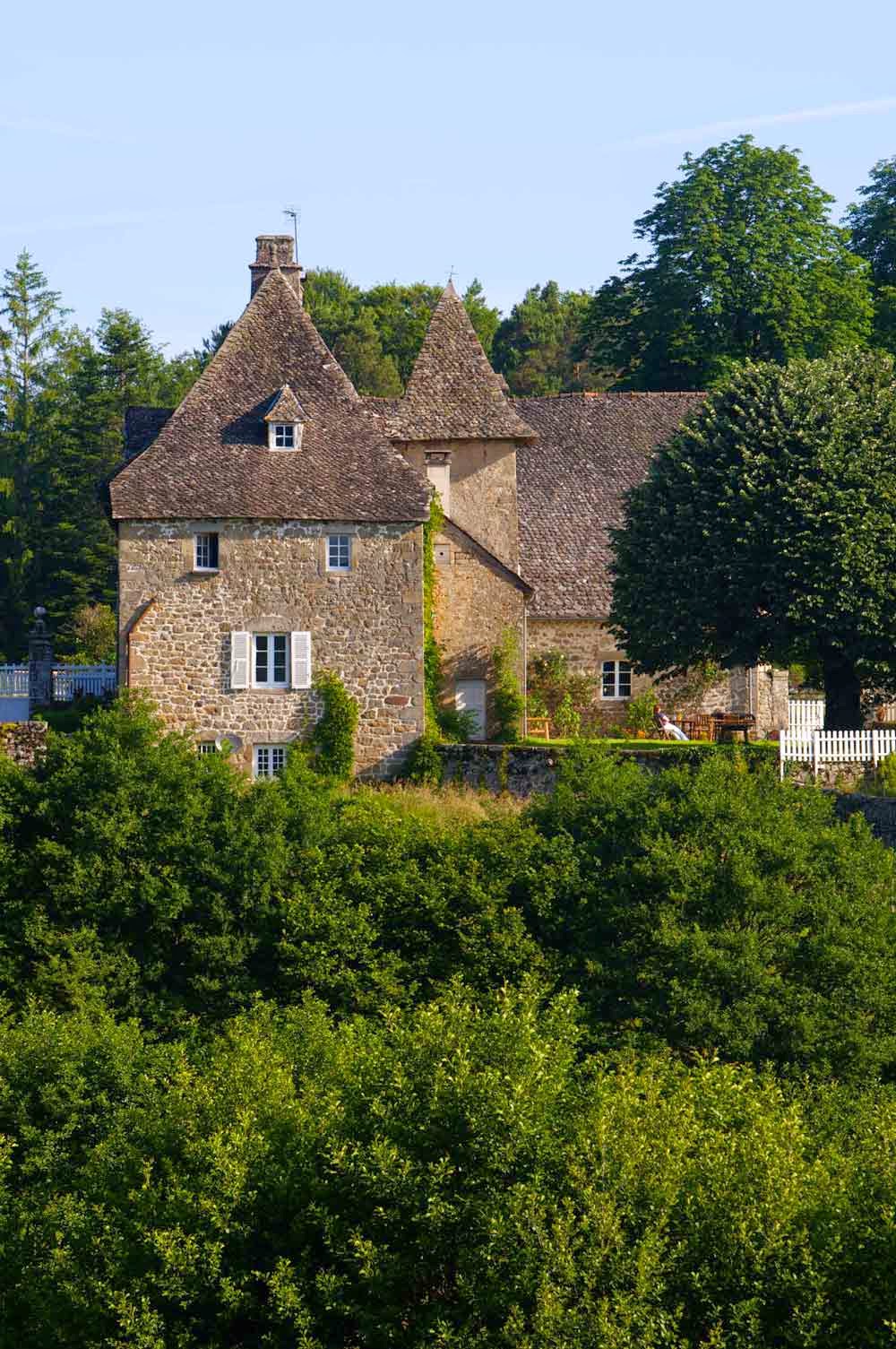 I'm not, nor ever will be, a keen gardener, but I got so carried away by my labours that I quite forgot about my planned trip up river to the Eco Chateau, where they were due to be holding an open day. Ruth Phillips, who owns the 17th century property, heard about our straw bale house and came to meet me years ago when her plans were in their infancy. Situated somewhere near the Corrèze/Cantal border not too far from the upper Dordogne valley and not a million miles from where we used to live among the hill people, it's currently a holiday venue for people with a keen interest in the organic life. Next year they are planning to build an eco village in the grounds. I'd like to get involved by running a straw bale course or two there, but I might have blotted my copybook by forgetting to go to the presentation.


Still... After the toil came the reward. Alone and left to my own devices, guilt-free I watched Arsenal play Reading in the first of the semi-finals of the FA Cup. At half-time, I left to have dinner with Dan, Dan the graphics man and his wife, Merrily, who was very keen to meet Daphne and try her out for size with their lanky rescued Spanish galgo, Ruby. She, Ruby, is a greyhound by any other name and lucky to be alive, since they are used as hunting dogs and then abandoned, starved or even hung by their contemptible masters. Now she lives the life of a tall, white-socked queen. Daphne, of course, was mad keen to play, but Ruby merely barked at her disdainfully from her sofa. 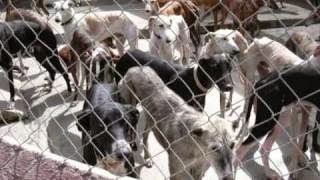 We ate a cheese and potato pie followed by the luxury Christmas pudding that I brought with me. It has been sitting, spurned by the girls, on our shelves since December. Maybe Christmas pud is a male thing, because Merrily wasn't keen either. Dan and I manfully ate the equivalent of about five helpings, but I took some leftovers home for a gastronomic reprise. That's the kind of reckless thing that you can get up to when the cats are away.


Generally, life will go on and the days will tick by with alarming speed. Up to a point, I can suit myself and I'll probably catch up on some accumulated films and read a little more than I do customarily. Fewer distractions and fewer obligations. I'm enjoying the humorist Craig Brown's One On One: 101 True Encounters. Vignettes of exactly 1,001 words based around encounters between famous men and women. It's clever, witty and engrossing – and it has reminded me what a vindictive bully Frank Sinatra was, and what drug-fuelled, gun-toting nutters Phil Spector and Elvis Presley were.

So far, my favourite is the one where Francis Bacon heckles Princess Margaret's attempts to sing Cole Porter songs at some high society function – if only for Bacon's reply to someone who posed that awful question, And what do you do? Bacon replied, I'm a nancy boy. How glorious is that? Definitely one I shall be recounting to the girls on their return from the motherland.
Posted by Mark Sampson: Man of Straw at 4:16 AM