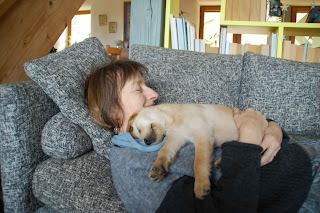 February has long had significance. Since meeting the Good Wife of La Poujade Basse, in fact. For, 't'is the month of her birthday. And, since living in France, February also marks the turning point: when we begin to emerge from what always seems with hindsight to have been a long, hard, enervating winter. Not that this has been the case this globally-warmed winter, with its dreary nondescript weather and a lack of either sun or the kind of hard frost that put your plants at risk and kill off all the microbes.


This year's birthday was doubly significant, because The Daughter passed her driving test. And although I liked to think that she wouldn't need to drive in some Arcadian future where cars have become irrelevant, I have to admit that the effect on her self-confidence and self-esteem has been positive and immediate. The situation hadn't quite got to the point that it did for a friend of mine, who abandoned all hope at the seventh or eighth time of failing and took to driving around London without a license in an old Deux Cheveux whose ignition was wired to an old-fashioned light switch by the steering column. But after a couple of failures she was beginning to think of herself in terms of a SNAFU. 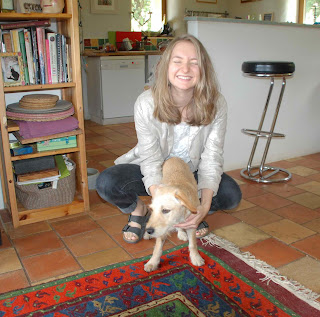 I remember passing my test at the ripe old age of 36 – after 36 lessons in fact, just to prove the old maxim that you need one for every year of your life – and the huge boost it delivered to my self-esteem. It was like graduating at long last into manhood. And I guess it's done the same for my offspring. At 21, she can believe that the new credit-card-style license is her ticket to the wonderful world of adulthood. Free at last! Free to drive as close to the car as it's possible to do. Free to overtake on blind bends. No, even though she's been instructed by a French driver, I'm confident that she has more sense.


Her confidence has been further lifted by two offers so far of interviews in the UK to continue her studies in textiles design. Which is great, apart from all the additional cost that incurs. Being a cheapskate who believes that students should act like students and not members of the Royal Family, I lobbied for Megabus. To London and back for £50. The Daughter wasn't sure and I wasn't sure whether her lack of surety was due to genuine fears or to a case of noblesse oblige.


In days of yore, a parent would simply say, You'll take the Megabus my girl, because it's the cheapest option and your parents aren't made of money. If you're going to be a student again, you have to learn to behave like a student. But, like 'wallin' up kay-atz', one doesn't do that sort of thing anymore. A modern day parent discusses options, listens, debates. What's more, if you're a worry-wart like me, you fret that parental insistence could lead to disaster. All those what ifs. What if she were to lose her portfolio in the hold of the coach? What if she were to be molested while waiting for her connection in Paris? What if the coach were to crash? What if the boat were to sink?


The fault would be mine. For putting my foot down. No wonder I tossed and turned during the night before tickets were finally booked. I'm not one for a nuit blanche, since my brain tends to shut down during the night and nothing will rouse me from my nocturnal recuperation till the alarm sounds the following morning. Knowing that I had to get up early only increased the pressure and further murdered sleep.


The following morning I drove my equally unsettled wife to a hotel on the river Lot for a surprise breakfast and a couple of hours in the hotel's centre of well-being. The surprise was somewhat diluted by my suggestion that she prepare her bathing costume. With further questioning, I caved in pathetically and revealed the truth. I cannot tell a lie. I certainly wouldn't have been any good under interrogation by the Gestapo.


I've discovered rather late in life that my part-time role as journalist can bring certain perks. Since I needed to feature a hotel as part of a forthcoming article on the Célé valley, I selected the Hôtel Le Saint Cirq because it sounded quite special. Just across the river from Saint Cirq Lapopie, one of France's most beloved of plus beaux villages, with a view of the tourist hotspot perched implausibly on its rocky promontory. Would he let us sample the breakfast and spa facilities in return for a spotlight in the magazine? Yes, he would. 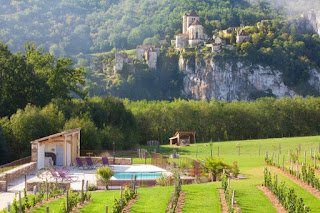 We first viewed this glorious village back in '89 – in a dreamy crepuscular light at the tail end of a beautiful summer's day. We were scouting for a potential holiday home in my wife's old convertible Beetle, with a couple of bags and a tent in the lack of space between the back seat and the rear engine. Although we tend to take it all a bit for granted these days, it still seems improbably beautiful.


Even in the driving rain, which has barely let up since, the now familiar drive there – up from the Dordogne and then by near-deserted Roman-straight road from Gramat over the limestone causse and down to the secret valley of the Célé, where Butch and the Kid and the Hole-in-the-wall Gang once hid from the posse of Pinkerton men – the landscape has its own singular charm.


Which is just what the hotel's proprietor suggested. A charming man, he replies personally (I'd noticed with appreciation) to every comment on Trip Advisor, often in the most delightful English. The comments are almost unanimously glowing, which I understood immediately. The place is a converted farm with its own bonsai vineyard, a centre de bien-être with a vegetal roof and bedrooms housed in outbuildings with hacienda-style verandas.


The proprietor calls himself an iconoclast: because he will not compromise, even in the face of accepted practice. Everything is geared towards the idea of a bucolic retreat. There are, for example, no televisions in the bedrooms. This earned the place an extra star in our book, supplemented by half a star more when I noted the portable CD player by each bed, each equipped with a copy of jazz singer Melody Gardot's first album. Quel discernment!


I wanted to experience breakfast because it was flagged up as something special and because I've always considered breakfast, a long leisurely breakfast, as the most underrated meal of the day. For six months of secluded bliss, I once worked for an octogenarian aristocrat, who would linger for almost an hour at his big mahogany table and leave a litter of crumbs around his chair for the Filipino servants when finally he would wipe off his walrus moustache, crumple his napkin, fold his newspaper and shuffle off to the 'Muniments Rooms' for a morning's slow-motion work. 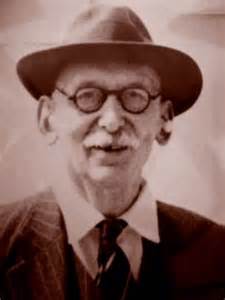 Debs and I sat by the window with a view of Saint Cirq through a curtain of rain. A fire roared in the hearth of a huge chimney breast. An ambient soundtrack of early jazz was a welcome and unexpected surprise. We didn't say no to our host's offer of a goats-cheese omelette to start the proceedings – and certainly didn't regret the decision. We followed it with a kind of traditional Quercynoise breakfast moderne: a slice of rustic French toast, a slice of his wife's pastis tart, a glass of freshly squeezed orange juice and two cups of excellent coffee. We forewent the pâté and the red Cahors wine.


Our host loves his brocantes. The whole place is furnished by his quirky finds. A pair of old wooden shutters, for example, hides the computer on his desk. Old metal postal sorting shelves now house the keys to the bedrooms. An enamel railway poster reminds guests of a time when a branch line served this valley east of Cahors. The foyer of the spa is dominated by an improbable coloured-glass belle époque glass chandelier. Taste with a dash of humour.


We had the spa to ourselves all morning long. A swim, a sauna, a hammam and an olfactory shower with four settings – from something like Caribbean rainstorm to Arctic mist. With the absence of company, I tried in vain to master the breast stroke. My therapeutic wife thinks it might be due to the trauma of swimming lessons in the Ormeau Baths, Belfast.


In any case, we resolved to come back to this fabulous hotel, as paying customers, next time we had a special anniversary to celebrate. In the meantime, the hotelier would receive an informed and sincere review and we would take home with us a cotton bag, a pair of disposable flip-flops and a tangible feeling of well-being.


Back to reality. Later this month, I must pursue our application for dual French citizenship to cover our backs in the event of a Brexit. The certificates have been duplicated and translated at not-inconsiderable cost. Now, I learn, we are faced with the prospect of an exam to test our French. Singing La Marseillaise is clearly no longer sufficient. €110 a time. Times two. My wife's French is much better than mine, but she has examinophobia. While I can't really speak the language for toffee, I write it reasonably well thanks to our antiquated education system. So maybe the smart money's on me for a pass mark. In which case, the Good Wife will get her citizenship as a conjoint.

What a performance! as my maternal grandmother was given to exclaim (à la music hall comic, Sid Field, I believe). Imagine the outcry if the British tried to foist such a thing on its immigrant population. Yet the French get away with it without, it seems, a murmur of protest. Which is why, even if I pass my exam and earn my dual nationality, I shall probably still root for all the other home nations in the Six Nations rugby tournament, which started up again this month. Even the old enemy, Scotland. It makes no sense at all.
Posted by Mark Sampson: Man of Straw at 1:28 AM