My friend Bret dropped by this morning to help me with a problem that was preventing access to the internet. While I was waiting, I wrote an episode of my monthly journal. When he got here, he shut down Word without saving my work, so now I've got to start all over again. Friends, eh? Who'd have 'em? 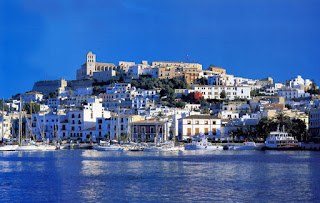 So where was I? Total recall is an impossibility at my time of life, so I must make the best of a bad job. I think I started by telling how this month I've come to the conclusion that, barring unforeseen circumstances, I'm probably not going to die of either skin cancer or asbestosis. Not just yet, anyway.


That may sound like the ravings of a diehard hypochondriac, but I've learnt to keep an eye on what's happening on my face. I treat every new mole, mark, stain or simple liver-spot with suspicion. Back in the early 80s I went to Ibiza late one sunny September. It was one of those trips to get away from things for a while. To let things blow over.


I stayed in Ibiza's main town in what I suppose was a kind of prototype Air B&B. I rented an airless, window-less room off a sunny courtyard from an old man with brown leather skin. On probably the first hot afternoon, I pegged my youthful body out on the beach without even a smear of sun cream and suffered severe sunburn as a result. It's something, of course, that you would never do now – not unless you were really, really stupid.


The old man gave me a tube of some soothing emollient and mimed how to slap it on my glowing face and shoulders. He couldn't speak a word of English and I couldn't speak a word of Spanish, but I've lived long enough thus far to be very grateful to that old hombre. It was not a happy holiday, even though I made friends with a screamingly funny English ac-tor, a screaming queen who probably with hindsight fancied my youthful pants off. He was more fun than the rather severe young German girl I tried to chat up one night in a bar.


So anyway... when a new mark appeared above my left eyebrow sometime last year, I eventually summoned up the courage to go and see our local doctor. He referred me to a dermatologue or skin specialist in Brive. Just to be on the safe side.


The cabinet of this particular Dr. Caligari was at the end of a corridor in a residential block above what used to be a bank. Since there was no evident receptionist, I sat down with the other attendees in the doctor's waiting room, feeling the opposite of intrepid. Eventually, a man in a white medical jacket appeared and called out a name that bore some resemblance to my own. 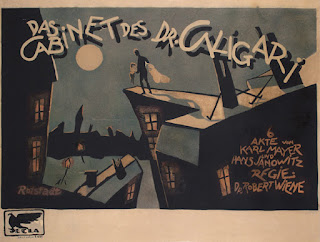 I sat down at his desk and handed him on demand my Carte Vitale. This was not going to be a bundle of laughs. Eventually he got up and examined my most obvious mole. I diverted his gaze to the extrusion above my eyebrow. He lit it up with a palm-sized torch and pronounced it benign. I would live another day.


Perhaps his relief was as marked as mine because, after I'd written out my cheque for €46, Dr. Caligari opened up a bit. We chatted about my origins and his trips to Ireland and Scotland. When it came to scenery, I ingratiated myself, France had all you would ever need. He agreed, but as he showed me the door, he revealed that France had one serious thing wrong with it: the absurdity of its government. I wasn't sure whether he meant the political system or the current incumbents.


So that was one worry off my list. Only the persistent cough to fret about now. It's been hanging on for weeks and I haven't been able to shake it off. Perhaps, I figured, it was a lingering remnant of a common cold. Or perhaps it was the onset of asbestosis. In our previous house in the Corrèze, I struggled to remove an old flue wedged inside the chimney that we needed for our wood-burning cuisinière. It was only when I managed to remove it – finally, triumphantly, like a dentist holding aloft a stubborn molar – that I realised it might have been made of fibrous asbestos.


For a few short but tight-chested years in my early 20s, I suffered from periodic asthma attacks and I've recognised the same kind of irritability in my trachea. But then one night I realised that if it were asbestos, surely I would be coughing both day and night. As it is, it's a daytime phenomenon. The Good Wife, whose work is based around a premise that just about every physical complaint or illness has a psychological root, reckons that this cough is symptomatic of my reluctance to face my daily to-do list.


It's not that I'm a lazy bastard. I'm quite an industrious human worker bee. It's just that I spend so much time alone here in the hive that I'm subject to protracted bouts of self-doubt and loss of bearings. So much so that I thought it might help re-orientate me to write a series of brief theatrical pieces for the annual cabaret, which our local association puts on to entertain the populace and raise money for a good cause.


I even managed to persuade my busy spouse to come out of her theatrical retirement for the role of Madame Picamole, a woman of a certain age in search of a new partner from a refuge for abandoned men. It's a satire on the way we humans treat animals and the humour is accordingly dark and discomforting. We made the mistake of casting a French woman for the role of the official at the refuge.


Nothing wrong with that, of course. Per se. The woman in question is a sweetie. She's well travelled and even likes Absolutely Fabulous. But the experience soon shone a spotlight on the extraordinary gulf between our two cultures. First, she insisted on certain changes to words that weren't words commonly voiced in French. Me, I love to play with words in either language and put them together in phrases that sound faintly absurd. So such literal translation felt like a dilution of both the humour and my own enjoyment.


Then, it became clear in rehearsals, she could not or would not bring herself to speak any lines that were simply too uncomfortable. And so she took to improvising her own lines and missing the cues on which poor Madame Picamole was counting. We tried it on stage last Sunday and it was quickly apparent that it was, in the immortal word of Ted, our friendly Sheffield builder, 'abortionate'.


On the way home in the car, we agreed to pull it. Put it down to experience. The steep learning curve of life. If I felt relieved, I also immediately started fretting about coming over as the precious petulant child who takes his ball away and won't let the others play the game.

Wracked by guilt or wracked by coughs. Which is worse? I can't honestly say. I do know that guilt is not necessarily life-threatening, even if it's often the root cause of suicide. As for the cough, I've almost completely decided that it too won't carry me off prematurely. It's all part of life's rich tapestry and despite all the problems that can befall us, I'm still very glad to be alive this transitional month of February.
Posted by Mark Sampson: Man of Straw at 1:45 AM